The Best Vanlife Blogs to Follow for Your Travel Inspiration 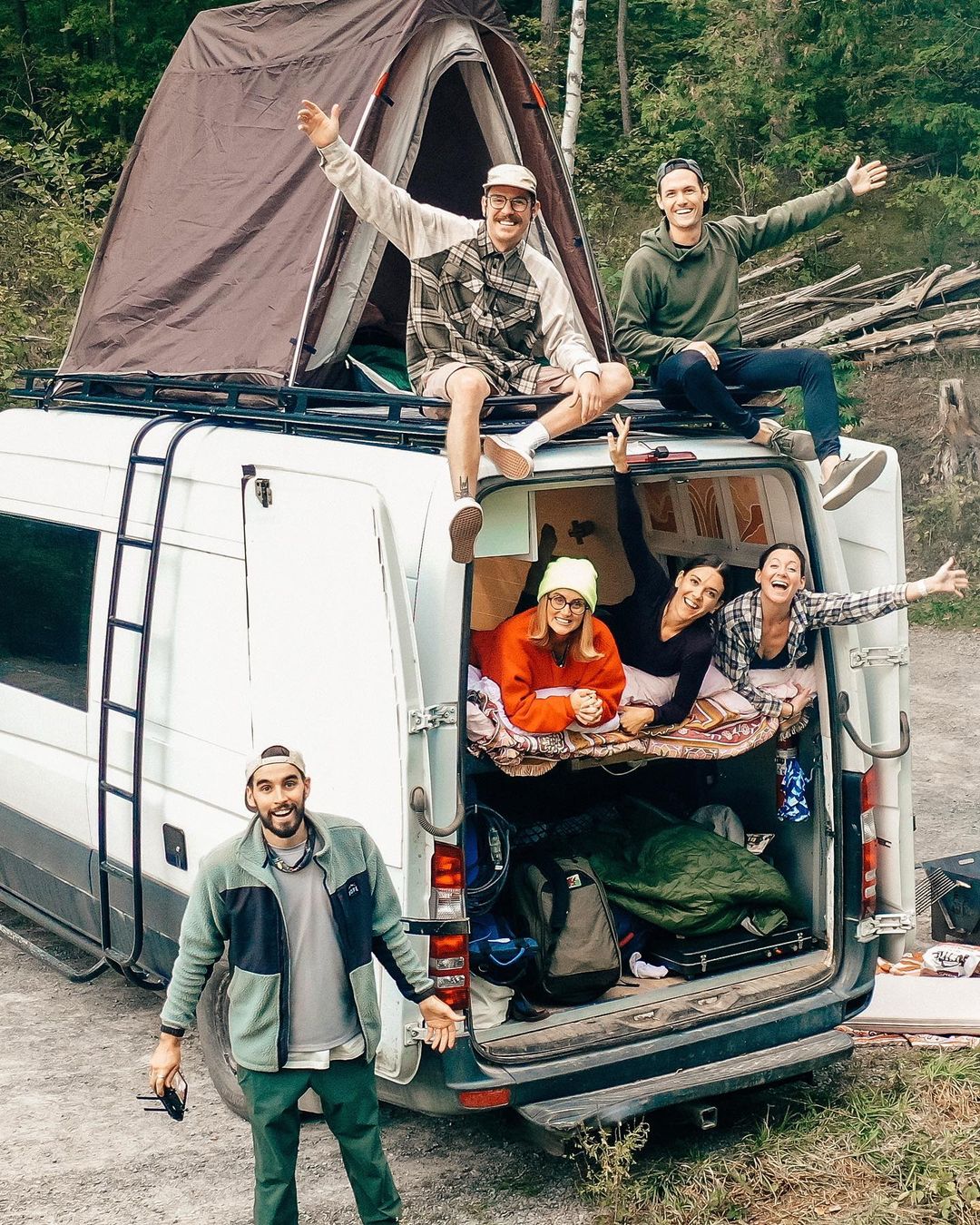 Hitting the open road has long been a romantic notion for generations of Americans. But in the last several years, the #vanlife movement has really captured the public’s imagination. From Instagram-chic to no-nonsense DIY websites, vanlife content offers a range of experiences. But who are the vanlifers to follow who know how to keep it real, while also providing plenty of inspiration?

Over the years, Eamon and Bec  have traveled in a few different kinds of vans. They even brought us along for the ride as they converted two different vans from scratch. While they’ve taken time out during the pandemic to renovate a tiny house, they also continue to travel in their van. Their social media offers years of travel videos to such exciting places as New Zealand and Morocco, along with gear suggestions and merch for their truly devoted fans. All that plus tons of vegan recipes from Chef Eamon!

UK-born Bee and Theo Gove-Humphries, known as The Indie Projects, are currently splitting their time between van life and renovating a tiny home (in this case a stone barn on their land in Portugal). But their planned upcoming trip to Iceland – along with an impressive years’ long backlog of roadtrips – make it well worth the time spent poking through their blog, YouTube channel, podcast and Instagram posts for tons of vanlife content. Longtime fans have followed them as they’ve traveled all over Europe, the UK and North America with their faithful orange tabby Ginjey Bear. Bee and Theo have lived in a series of self-renovated vans, including a Citroen Berlingo, Volkswagen T4 and now a larger Mercedes Sprinter. They’ve also devoted many episodes to touring impressive van builds, and talking to the owners of these special vans about their own experiences – hence the name “Indie Projects.”

New to the vanlife scene, Blix and Bess are already making a splash. The couple has been featured on the television series “American Road Trip,” and have been interviewed extensively elsewhere. Their videos and social media posts are a refreshing mix of candid and aspiration. Certainly, the pair are frank about the challenges of being an LGBTQ, interracial couple when it comes to such issues as evaluating a campground’s safety. Yet they also freely share their gorgeous home on wheels and their playful pups with their followers, as well as their more lighthearted travel moments.

Technomadia is operated by a Gen X professional couple, Cherie and Chris. The pair’s blog and social media content offers invaluable resources, not to mention cute moments with their cat, Kiki. One of Chris and Cherie’s specialties is providing information for vanlifers who need to figure out how to stay connected to the wider world for both work and pleasure. In fact, the couple travel extensively in their van, converted bus and boat  while sharing their expertise as the owners of a mobile internet consultant firm – all operated nomadically, of course!

Kait and Joe Russo have gradually downsized from massive RVs to van and truck camper life – and they’ve taken their fans along for the whole journey. Their blog features tours of the latest B-class RVs to hit the market, as well as tips, recipes and great travel videos. It’s also chock-full of resources on everything from the latest gear, to advice for traveling with dogs. Many videos and vlogs focus on their travels in their Hymer Aktiv 2.0. But they’ve also hit the road in other vehicles, including a Storyteller Overland Beast MODE Class B camper van.

Just as not all who wander are lost, not all who wander are under 30. Empty nesters Dave and Irene Carey, plus their dog Pistol, have been traveling full-time for several years now – first in a Roadtrek Zion SRT, then in a custom-built conversion van designed in collaboration with builder HumbleRoad. Whether they’re sharing cozy activities like solar oven cooking and whittling spoons from foraged wood, or undertaking more extreme pursuits like jet skiing and hiking, the Careys keep us wildly entertained through posts, recipes and videos.

Most “life crises” happen around middle age, but Joel and Laura realized at a fairly young age that they weren’t quite ready to settle down in a sticks-and-bricks home, not to mention the dreaded 9 to 5 job. They’ve been traveling in their van for about six years, and have gone on remote adventures in Central and South America via the Pan-American highway. Although they’re not full-timers at the moment, Laura’s still working full time on their vanlifers blog, which offers tips on great destinations, travel tips, and also all manner of helpful gear to have on-board.

Van: Various over the years
Vanlifing since: 2005
Follow: Cheap RVLiving

In many ways the “granddaddy” of the current van life movement, Bob Wells has recently become even better known after his inclusion in the Oscar-winning film “Nomadland.” Yet many of the people he features on his blogs and videos are the opposite of the people you’ll find under the “vanlife” hashtag. In fact, Cheap RV Living is often there to pick up the pieces when the reality isn’t quite so picture-perfect. Chock-full of practical tips on how to survive, and thrive, on a budget, Cheap RV Living also offers guest blogs from other van-lifers (among other nomad types), along with regular in-person gatherings and online forums. It’s one of the best blogs around when it comes to building community.

Although the blog Vanlifer is operated by actual “vanlifer” Jason Hablous, its focus isn’t really on his own personal experiences. Instead, Vanlifer, which also produces conversion vans, provides resources for current and prospective nomads. The blog offers advice and product information for all ranges of van life experiences. Perhaps you’re dreaming of a truly luxurious add-on, like a “towable bathroom?” Or maybe you want more realistic advice, such as how to best insulate your own build. From the aspirational to the practical, Vanlifer’s got you covered!

In the “one to watch category,” Vanlife California is comprised of a newlywed couple who build and sell custom-built vans – when they’re not doing their own traveling, of course. Ben and Alyssa Holtz travel in their own custom-built vans part of the year with their dog Leo. The rest of their time happens at their home base in California, creating custom vans for aspiring nomads.

Are you deep in your van life travels? Let us know and we’ll be sure to include you in our next round up!

Why the Winnebago Travato Campervan is Right for You